By far the fastest ride of the trip averaged 14.9 MPH riding today. all but about 12 miles was smooth road with a full lane to ride in since I was on US highways most of the day. Had to cut through on a country road for 15 miles or so. No shoulders and lots of semi traffic. Yep, 2 trucks and John at the same place, same time. Guess who bails to the sand. Rode through The Big Thicket for like 200 feet. Not much left other than the token mention and last bit of protected area. Used to be 100 miles 50 miles wide and long. I missed it and didn't see any signs.


Rode 12 miles or so and stopped at The Donut Palace ( I'm right next to one tonight too, guess what's for breakfast?). Met Kham from Cambodia. He (his words) "escaped" in the late 1970's and was in Minneapolis MN for 25 years ( ouch that's a temperature change). Moved to TX 12 years ago and gets up at 2AM to make the donuts. He's looking forward to July 4th when his 5 and 7 year old grandsons come visit ( wonder if they help make donuts). Kham is a happy guy and loves to see the bikers come through.


Stopped in Kirbyville for water refills and peanuts. Lifelong resident and 74 year old Cecil mosey'd up to me wondering what I was doing. I think I could have sold him my bike and gone home today. He was interested in it. Little too much bike for him I thinks. Cecil was headed to the Doctor today to see about his diabetes and hip and something else. Said a bike ride everyday would do him good and "shoulda listened to the doctors 15 years ago, I ate and did whatever I wanted". Still love to see the reaction when I answer "San Diego". Gets them everytime now. Good luck Cecil, hope you had a good checkup.

More refills in Merryville and learned a few things from "somebody" hanging around the c-store(wans't sure what I was going to get out of this guy who was tatoo'd up, looked pretty anorexic, and worn down but seemed like a good guy). He says "that back tire looks to be wearing down". I say "Yep, I was just thinking it's time to rotate the tires." He says "I rode 5 months from Florida to Mexico to Arizona with a buddy and 13 others. I made a 5 seat bike by hand for this trip." So there was him and 12-13 others of which 5 of them rode on a home made bike. Across the country. Then 2 months later, 2 random people he met on this trip came strolling through the town and he drove out to meet them. Said don't you remember riding with me, I'm the guy on the bike that had the sawed off shot gun. John "Seriously you rode with a shot gun?". "Somebody" - "Hell yeah, I don't take sh*t from anyone, I'll kill them. I have 5 warrants out on me. I'll get in a fight with anyone. This UFC fighter crushed my face and I was in the hospital for reconstruction for 10 months." John -"Ouch". "Sombody" - "Yeah this other time, I was just pulling out metal from the river beds. You know you can make $250,000 a year, walking river beds and hauling out metal and taking it in to recycle". John-"That's sounds hard, but damn that's a lot of money. Are you kidding me?". "Somebody" - "No man, it's true, look at all these trucks going by that's what they are doing. And I guess I pissed one of them off one day, he threw a cinder block at me for hauling out metal. I said don't get mad at me man, get in there and get mad at the metal". John-"I have seen all those trucks. Wow, that's crazy dude". "Somebody" - "Yeah I gotta go in and get this aneurism looked at but I can't do it now, it's work season". John-"Yeah but most people in Louisiana are good, like you, right?" "Somebody" - "No they aren't don't f**k with anyone here, they'll kill you and no body will care. That cop over there, he'll just take me to the hospital, cause they have my "crazy papers". John - "Dude, I could listen to you all day, but I gotta pedal to get out of this heat". I'm probably missing a couple other things, but that was the gist of it. I appreciate the conversation and the warnings!!

Back to the road and off to De Ridder LA!


My morning wake up buddies wishing me a safe ride today. Thought the black puppy was going to go the whole way with me. 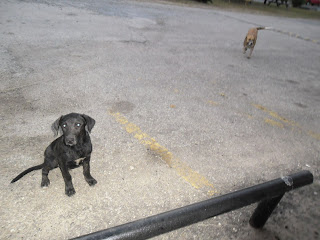 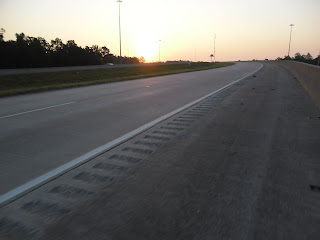 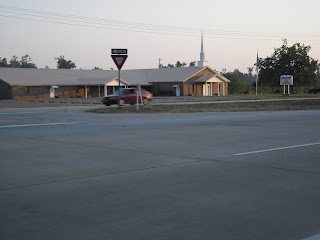 My man Kham from The Donut Palace. 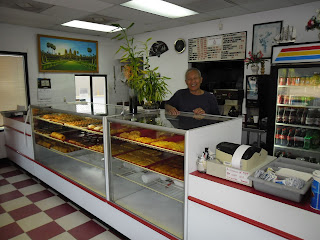 Happy dog. He ran across the 4 lane highway to join me. Ran with me for 1/4 mile or more. Didn't even bark and had a big ole smile on his face the whole time. I slowed down a little so he could keep up. 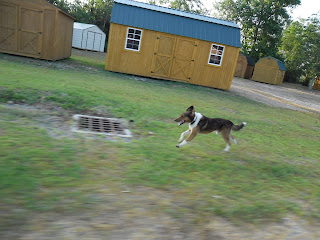 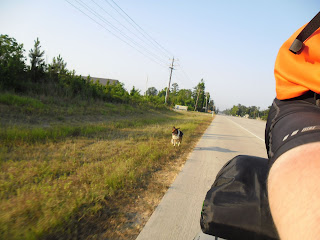 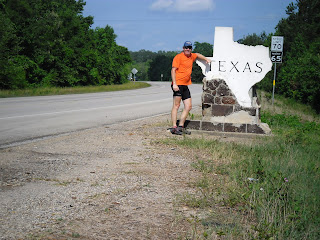 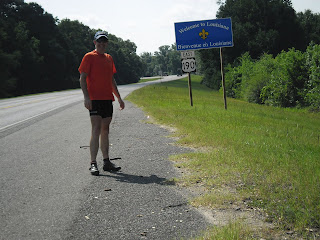 Picture time at the state line. 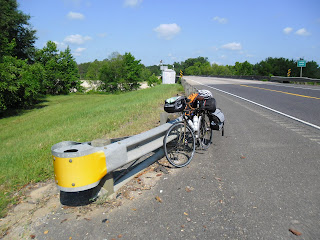 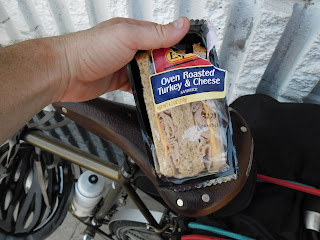 Two different kind of Louisiana houses. First one's more typical, stuff all over the place. Hoarders would do good in this state. 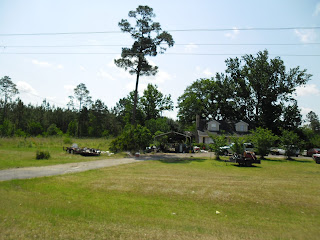 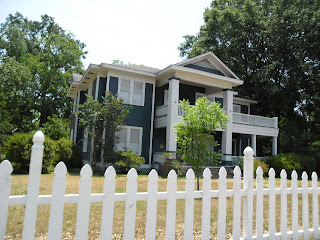 Looks like 13 years from harvest. I learned it's a 20 year cycle on harvesting a Pine Tree crop. 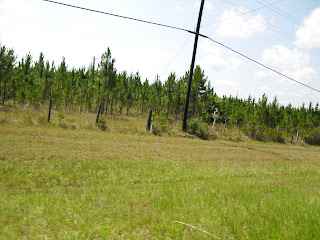 Only things to contend with today. 1) Truck Tire Roadkill (TTR). 2) Pine Tree Falloff (PTF). Stuff comes off all the trucks and messes on the roads. and 3) Tight Bridges (TB). build 'em cheap and just 2 lanes. 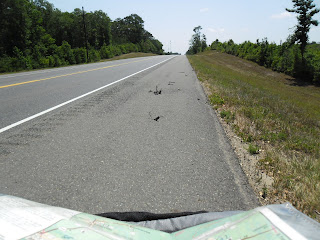 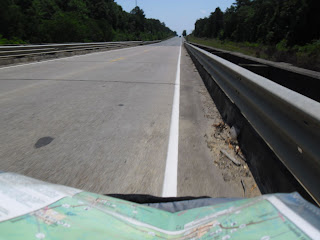 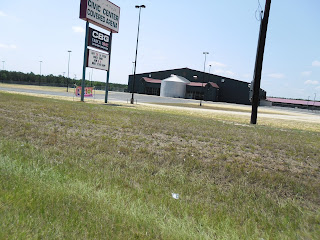 Nothing says stay out like a big brick wall. Note to LA developers...sell a couple more homes than 2 in order to justify the monster sized wall. 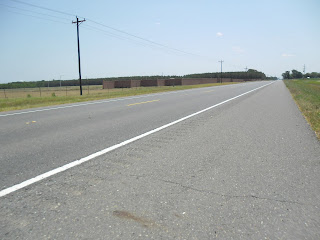 Never heard of this one, trading in your tractors and cars for a tombstone. 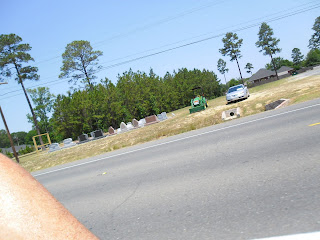 Nasty hat, not sure if it'll get to Hilton Head or not. 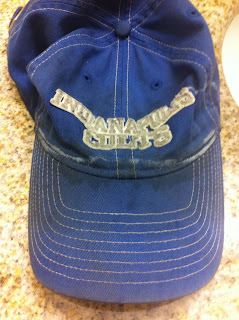 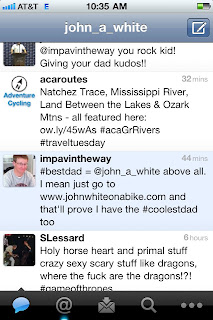