I slept in a Vampire's room.

Welcome to New Orleans, look what I woke up to the next morning. I clearly slept in a vampire's room. I'll have to address that now, could be a confrontation or a real education on vampires. Maybe I'll just ask questions this time around. 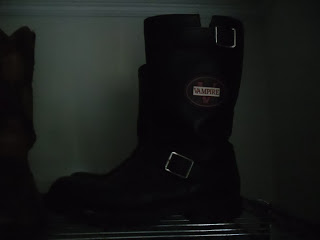 Today was a meet up with the old wolf pack day. Aaron and Aleena caught up to me in Baton Rouge last night and so this morning we met back on the trail and rode into Laplace LA ( you'll never get the pronunciation on that one, like many other things here). It was a good ride, normal Sunday morning, light traffic, 4 lane highway, decent but sometimes unridable shoulder. But at 33 mile in, Aaron bestowed his flat tire luck on to me. Actually, he didn't but we had to joke about it because they've had 10-12 flats so far. I simply wore out my back tire and probably hit a bump or caught something odd. So it was flat #2 and a double tire change to rotate the tire to the front of the bike where there's less weight. 30 minutes or so, and problem solved for the day.

Ended up just a quick 45 mile ride as none of us wanted to ride into the city. Stopped at Chili's for Skillet Conqueso, thanks Aaron and Aleena for the father's day lunch!!


Here's Mark ( the Vampire obviously from the boot) and his girl friend Tiffany. 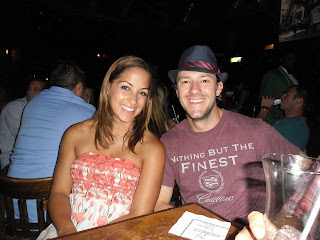 Both are in education. Tiffany moved out of the classroom and in to operations. She makes sure her school runs from transportation, facilities, systems, and occasional parent "special situations". Mark is the principal at a K-8 charter school (1 of 4), the first one to get rebuilt after Katrina. Both Mark and Tiffany answered ALL my questions on how it all works in the educational system and things that happened after the storm. Two true heroes putting their skills and knowledge into helping kids and the community get things going again here in NOLA. Thanks for taking us in for a couple of days, especially on your last vacation night and after you just got back into town from CA.

After showers, naps, and a little US Open action, we headed toward town for the evening. On our way to our first stop, Mark took us through a neighborhood that was flooded, but not quite as bad as what we all would have seen. There were still ( almost 6 years later) houses with the "markings" ( the "X", the dates, the house death toll) on them that indicated rescue crews had gone through.

The "Wine Store" we went to had a back patio for live music ( shocker ) and a "guest" chef cooking up dinner. Very nice time, wines, beers, cheese, live jazz and great food. It was quite eerie in the patio thinking it was underwater after the storm. I had this looking up at water feeling all night long.

Then it was off to the French Quarter and Bourbon Street. Stopped in a little hotel lounge that had a pianist, stand up bass, drummer on a basic drummer kit and an "Ella Fitzgerald"'esqu singer. Mark knew the pianist and so I got to say hia nd ask him lots of questions about playing, working in NOLA and all the other places around the world he's been. Very cool

Then over to Pat O'Briens, the Piano Bar and a few songs from the front row. Topped off the night at Cafe Du Monde and the store that has been selling fried dough with piles of powdered suger on it for over 150 years. Besides drinks, that's it that's their menu. 24 hours a day, 7 days a week, 365 days a year. They were as good as they were a few years back when Kelly and I had them.

Bailed out of the Quarter around 12:30 and taking care of a new bike tire and work today. Back on the road to Gulfport MS Tuesday.

Heading out to meet the wolf pack. 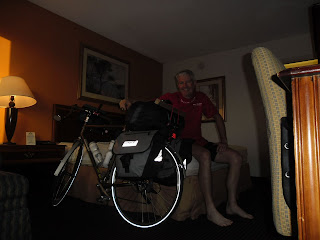 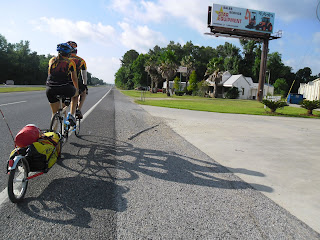 I can spot a home made logo anywhere. ( I'm "good" at making them too ) Scouring for gators here and I missed the dead 3' long one in the road. I should have turned around to get a picture. 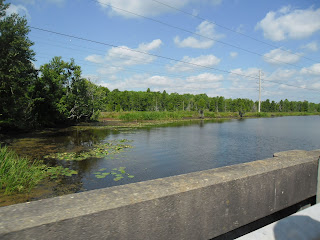 Red wearing out marks on the tire. 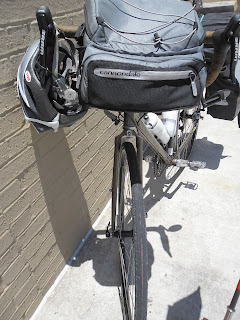 Riding into the city. 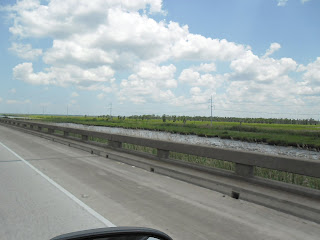 And going past the completely renovated Superdome. 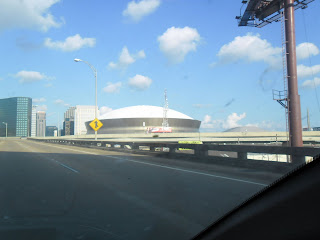 From the "Wine Store" to the patio. 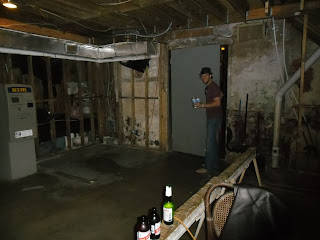 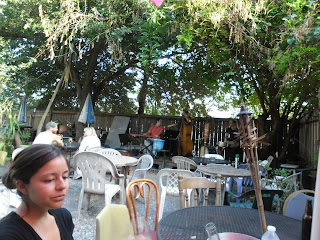 Good times by all ( Rob in the back celebrating "pre" father's day, just found out and I think that's the same look he had when he did ). 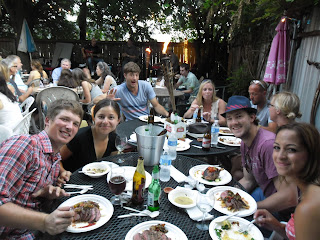 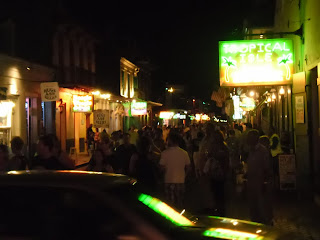 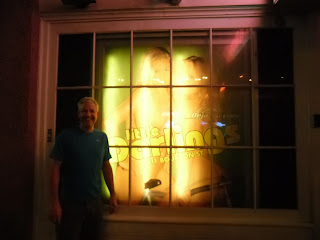 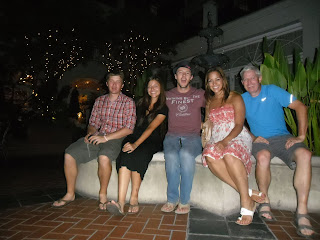 A little bonus at the Piano Bar. 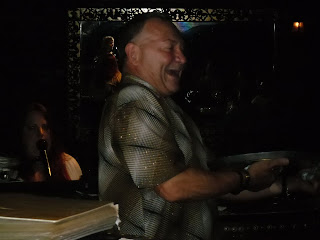 Always need a new picture at my place. 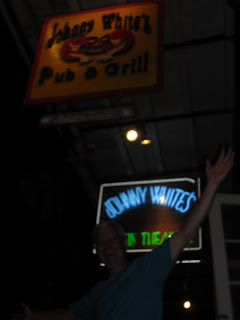 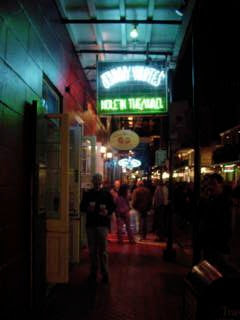 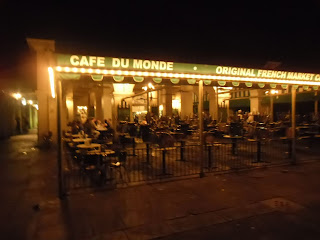 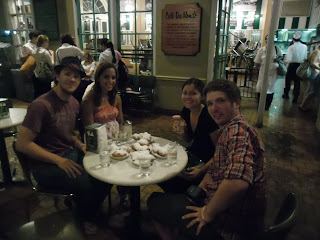 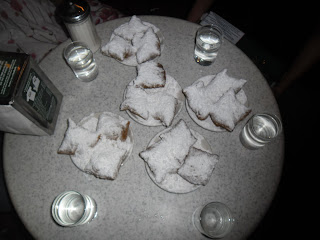 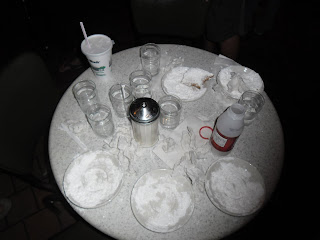 I put 4 down, but just could not get it together to get that last one.