I found a real Vampire Stake!

OK, you may not believe this one, but it's true!! It's a good thing I've had some True Blood training in the hotels. This is a real Vampire Stake I found along the road. You may doubt, but there was blood on the end of it when I rolled by. When I turned around to get a picture, the blood was gone! Freaking amazing. I was way spooked, but I'm ok now. 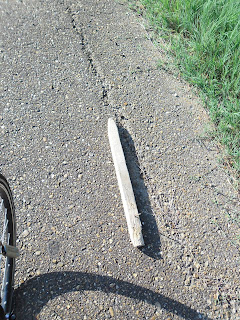 OK, really I can't make this stuff up. Today I learned what a Louisiana grass road bump was. Seems like a certain Parrish is looking for new roads so they apparently plant grass seed in the shoulders of the roads. I know seems weird but I've got lots of proof in the pictures. I stopped numerous times to prove this story. It took me a while to figure this out, but finally did.

There are several kinds of them, straight across the whole way, the same direction as the road, clumps, and globs. Here's the examples, you can see I stopped and got a "wheel's eye view" for you.

All the way across. 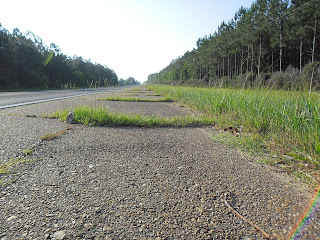 Easy to get through, just gotta pick a lane. 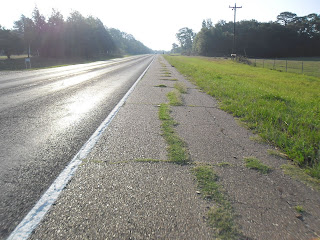 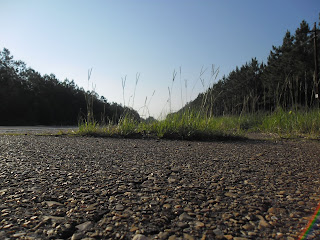 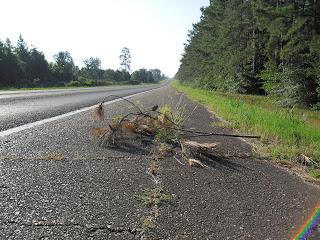 Seriously here's a road crew working away. These trucks are full of grass seed and these guys are planning out the day of seeding. This is a pretty sneaky way to try and slow me down. For the most part it wasn't too bad. Just some bad areas. 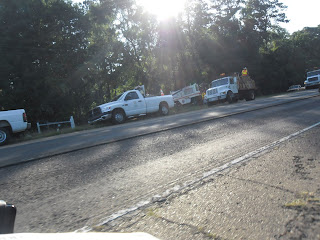 (Aunt Judy, let's not tell this story to the folks in the Nursing Home, they don't need to know what's going on in Louisiana. It'll just upset them.)

Also there's a subtle difference between speed bumps and speed traps. Generally things are just traps to slow me down. Bumps are officially bumps when they change the random shuffle on the iPod. So lot's of issues along the road today. 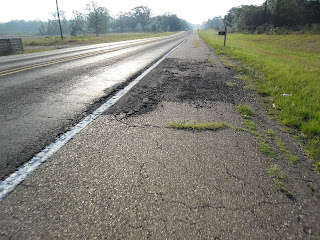 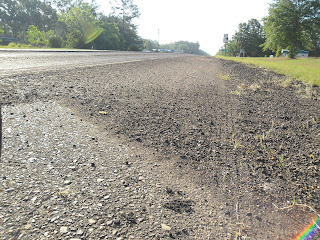 Speed trap (but can form a speed bump ) sand. 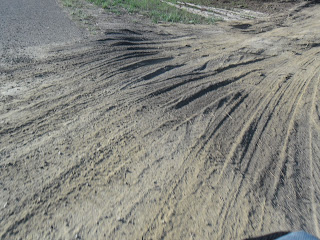 OK this one's on purpose for sure and this is both speed bump and trap. 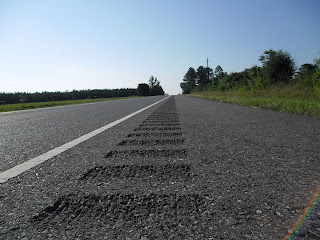 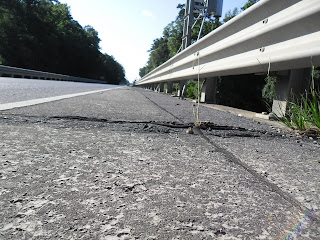 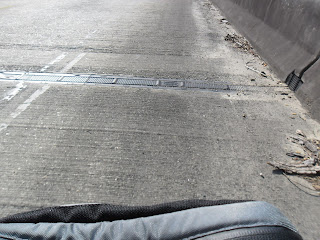 Speed bump for sure. (Seriously it is not all pleasant out here!! This is the first of 2 dogs I saw today. They were the same breed.) 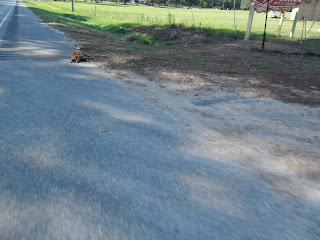 Starts as a speed bump but quickly turns to speed trap. ( I get the creepys every snake I see on the road now!!!) 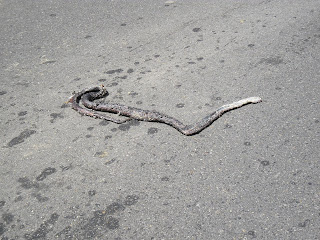 OK that's enough of that right!


These things have incredible Wind Vorticity even when they go by at 40 MPH. Sucked me right up the road. 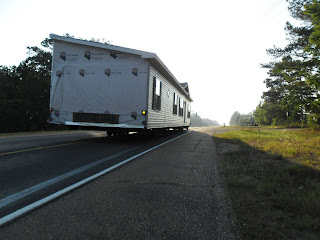 OK here's the farming lesson. These are Craw Fish fields , learn more here
. There are 100's of thousand of craws in a field. It's about 18-24" deep. Those are traps they are setting and collecting craw fish. The guy who checked me in says 20 pounds is a normal consumption night for 1 person at a craw fish party. The water that gets pumped into the fields is about 300-400 feet down and there are diesel pumps all along the fields. Drain the fields and plant rice ( but the craw fish bury in the sand and come back the next year or even when there's water in the rice fields. They take about 4 minutes to boil to eat. 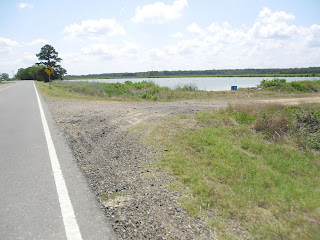 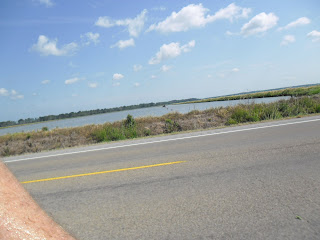 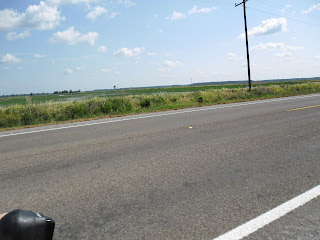 Started at McDonalds like half the mornings so far. I find it easy to grab a light bacon egg and cheese sandwich and then refill water bottles and camelback. Guy walks up to me and says I walked from Florida to California twice. John-"how long did that take". Guy-"you don't keep track of time when your walking" then he wooed away end of story. I kind of had a "who cares" if you aren't going to talk more than 10 words about it. Saw him walking his bike away from mcd's. 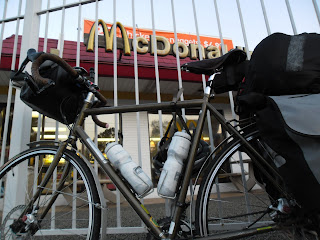 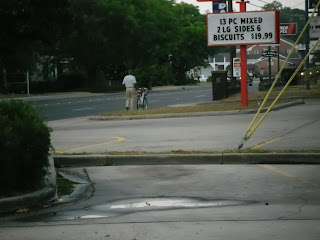 20 miles or so of the fun roads and then mostly smooth sailing after that. I met Leon at the donut cafe in oberline LA. He's a retired man asked me what I was doing. Of course I'm always polite and thank people for asking. My line is always how nice everyone's been (aka don't you be the first to be a d**k to me). Any way Leon told me all about the local things in Oberline including the largest Casino in Louisiana 5 miles down the road. 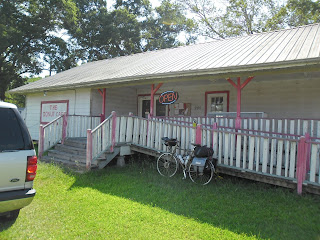 Come on Hank Baskett, why didn't you recover that onside kick!!! 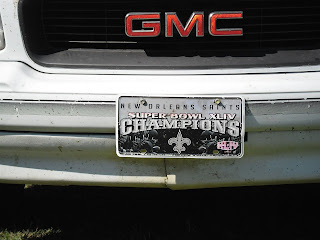 The hotels are not spaced out conveniently (but I have a cool one!) so today was a bit of a short day and tomorrow's going to be 80-85 miles. Just the way this goes down some times. Off to Simmesport LA first thing in the morning. 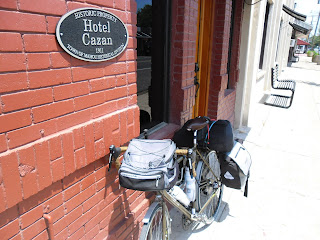 Just a look back at my simple 63 miles!! 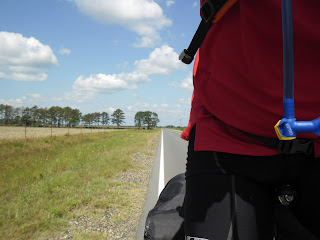