Bridges to the Gulf

What a great day back on the bike. Mark dropped us off in Slidell LA about 30 miles east of New Orleans so we could stay out of city traffic. We took the east bridge over Lake Ponchatran and it was about 7 miles long. The other one north is still the longest bridge at 30 miles long. Had some over night rain, so the roads and are were very damp.

Of course, Aaron and Aleena caught a flat tire within 4 miles. But they are so good at changing them we were off and running in about 15 minutes. Of course the legs were a little sluggish, but finally picked up some rhythm around 15 miles in. East LA really started getting into what I envision as swamp land. So we had 4-5 bridges ( not like the bridges out west where it's a bridge over rocks). Marsh, and bayou, and water ways all were cool to cross. Made our way through what was a large forest area marked as the national NASA rocket engine test zone ( they need a lot of space it seems, it was 8-9 miles long). Around mile 25 rolled into McDonalds for a break and a tire rotation on the tandem since they kept loosing some air and have a tire pretty worn down.

As we left a beautiful Gulf Thunderstorm was rolling in. We got right on the east side of the storm ahead of the rain ( although I did feel sprinkles while riding today for the first time on the trip). Great big breeze from the west that blew us all the way to Biloxi MS 35 miles along the shoreline. I probably said "this is perfect and amazing a dozen times along the way). Just a great ride that started with a 2 mile bridge over a waterway inland, then clear sailing along the white beaches of Mississippi.

Rolled into Jesse's house around 12:30. Tonight I'm staying in a warmshowers.org house. Jesse rode the Mississippi River trail north to south and one of his friends rode the "TransAm" route across the middle of the US through the rockies north of denver and up to Oregon. So good stories told about biking times tonight.

Jesse ( and John ) also invited us to ride 6 miles with a Biloxi bicycle advocacy group that rides town routes once a month to help promote bicycle riding in town. That was a fun stroll where I picked up the fun facts about Biloxi. How there were 50,000 people at one time, but after the storm and the spill probably 42,000. Ship building is the bigger industry, but Casinos ( 8 of them) and shrimping is right up there.

Side of the road dump off ( Thanks again Mark for hosting us 2 nights, taking us out late, and getting us out the door at 6AM!! on work days) 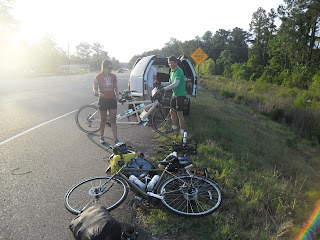 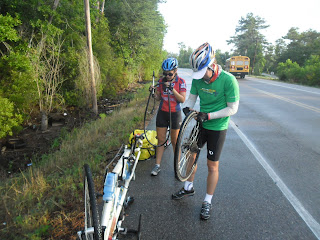 Draw Bridge is one type of structure. 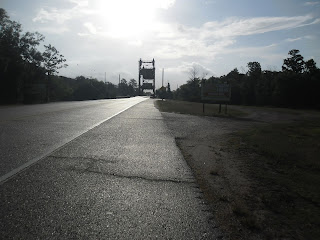 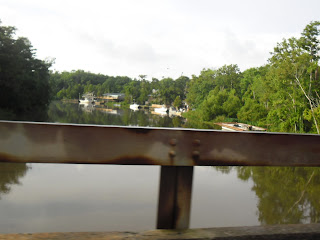 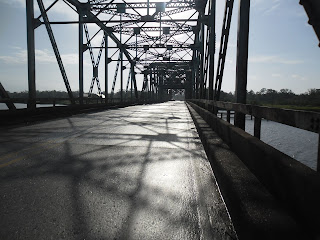 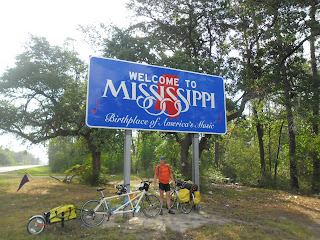 Thanks MS for having the White Bayou. 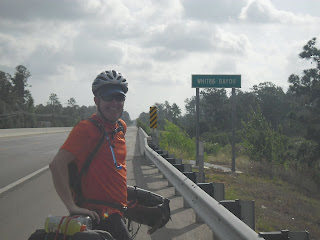 It said buried cable, but I'm pretty sure that's a front for buried body. 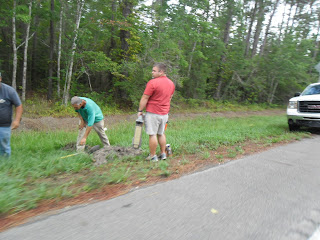 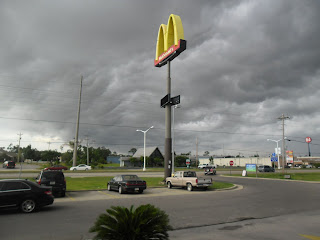 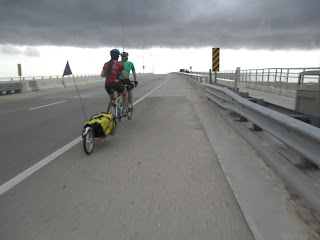 Just me on a good biking day. 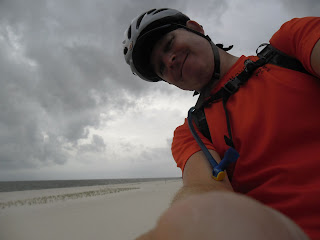 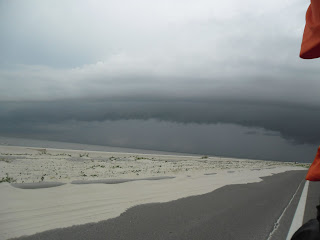 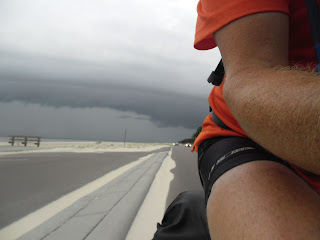 Lots of sand blowing also saw MDOT picking up and moving the sand off the road and back to the beach. 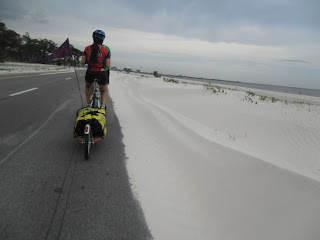 Finishing up for the day. 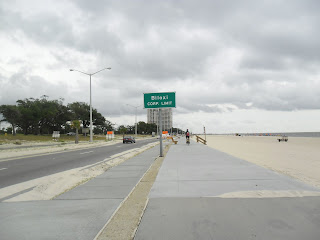 Jesse has 100's of LPs, and Prince is a favorite. This stuff brings back 35 year old memories!! 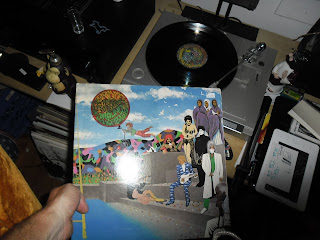 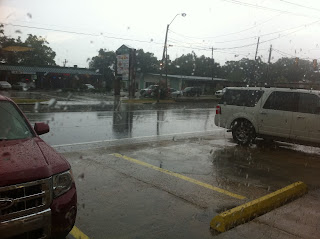 The Biloxi Bicycle Brigade. Included the 78 year old still getting out on it. 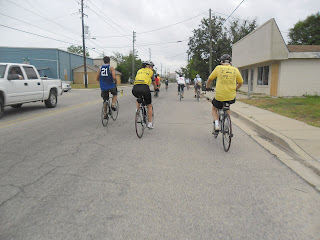 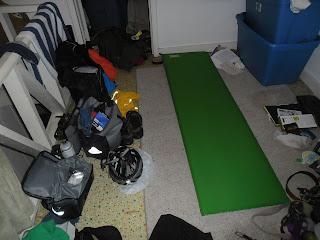 And one more dinner story I found. This is Tina (nickname BooBoo) on the left and Tanya ( wouldn't share her nickname) on the right. They are the daughters of Tammy and Timmy Tucker of Biloxi MS. They have another sister Tiffany (nickname Footsome, a cajun thing) and their brother Tad (yep, nickname was Tad Pole, who passed away). Tina, Tad, Timmy, Tammy and house full of others all had to swim out of their house to their neighbors during Katrina ( Biloxi took the brunt of the storm with a 20' swell coming in) in order to survive. Both took care of us at "The Prospect" Home of the Best Burger on the Coast (yum, very tasty). Thanks for the story!! 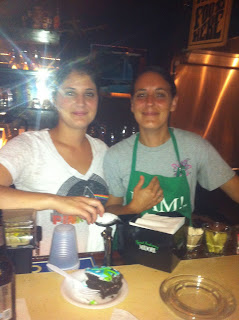