So getting into Austin, and cruise past a bike shop ( Austin LOVES bikers thanks to Lance. good bike lanes mostly, friendly traffic, and lots of shops). I need to stop for some Butt Butter ( keeps the chaffing down, just like it sounds squeezable butt cream. ) and so I pull into Bicycle Sport Shop of Austin. What a great store of people (thought I was in Nebo Ridge back home). I asked a couple questions to first sales guy about the butt butter, and asks if service might have a minute to just check things all over to make sure 1/2 way through all's OK. In 2 minutes, my bags were off and my bike's in the stand. Brian is doing everything to it. Tightening bolts, cleaning up the chain, adjusting brakes and front derailleur, tightening a spoke on the back that was loose and checking tires. Awesome, thanks Brian again for treating me like I was the most important thing to take care of.

Then still needing to get through town, I asked Rachael for some routing advice. She grabs a map, shows me some stuff downtown to see, tells me about the train that can take me to the north side 25 miles to where I'm staying and gets me a shirt and sends me on the way. Thanks and I start to gear up and head out. Rachael grabs her bike and says want to join me for lunch, I've got left over homemade spaghetti sauce? I live a couple blocks away. John in is head "Um that's different, hmmm sounds good I wonder what the story is going to be today?" John - "Really, are you sure". Rachael - "yeah come on".

Sure enough go around the block and having lunch. So here's 25 year old Rachael.
1) Played softball at Texas for 2 years. (with "arguably the best softball player ever, Cat Osterman"). Went to the College World Series twice.
2) Degree in Geography.
3) Has a helicopter license and wants to fly fire rescue missions but also sounded like helicopter tours would be fun. I asked her if she wanted to herd cattle (with the helicopter). She said, that's an option, but too sporadic of a job around here.
4)And finally, rode a bike with 37 others from Austin TX to Anchorage AK 4500 miles. Raised $1,000,000 for the American Cancer Society. WOW.
She's a go getter!
Thanks Rachael for the entertaining and educational hour with the old guy on a bike.

Tonight I'm staying with a college friend of Kelly's from a while ago at Purdue. Jennifer, Bob, Finn, and Ryan are letting me hang out here tonight. I was greeted with Ice cold beer ( nice!), chocolate chip cookies (nice), a washing machine to finally clean my clothes good (nice), a steak dinner ( awesome), and chocolate brownies and chocolate chip ice cream ( awesome). Somebody totally set me up with a lot of great food, I have no idea how Jennifer knew what to cook for me (KG you know?). Anyway it's great to have the best shower and bed of the trip for a night. Thanks again McGowans for the hospitality and the conversations!!

Off to Gidding TX Thursday. 65 miles away and off the regular maps, but hopefully an easy ride. I HOPE I get to tell you awesome all 65 miles of road was.

I'm out of money, gotta start selling myself :) 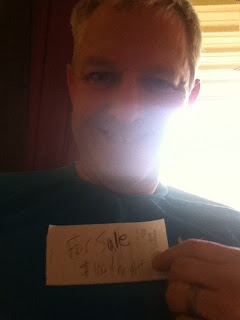 What a nice little Inn in Blanco TX 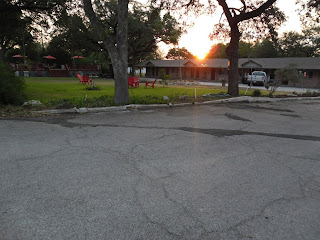 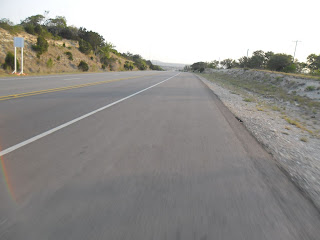 Texas driving range, I missed getting the large bull target in the frame. 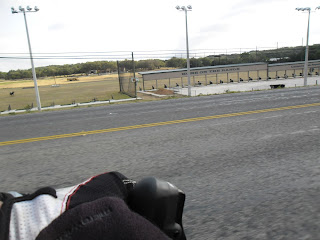 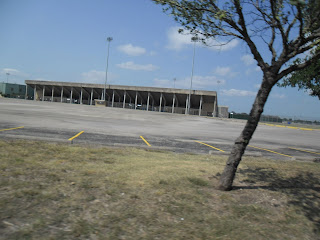 Austin is a great biker friendly city. Rachel and I biked and took the whole right lane for 2 blocks. 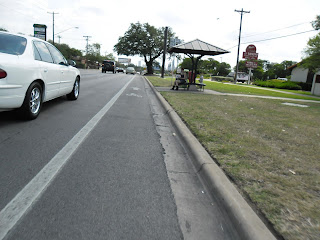 Brian, you rock!! Thanks for the 15 minute tuneup. I'm ready to finish the journey. 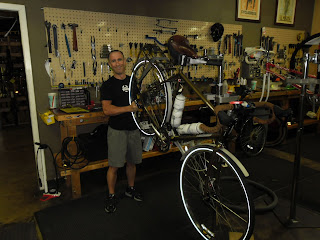 Bike shop that Lane worked out of. Those are the 7 yellow jerseys on the wall. Pretty damn cool actually. 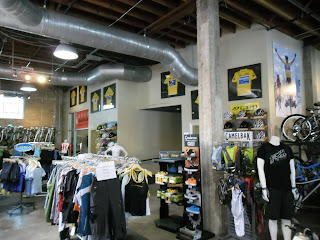 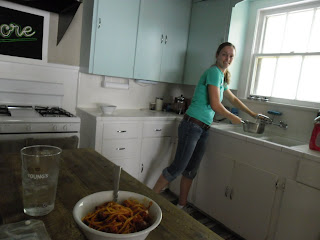 A target on Rachael's fridge. John-"So if I get out of line, you'll shoot me right?". Rachael - "Yes, but don't take a picture of that. That's my boyfriend's shooting. My target would have a much tighter circle around the heart area". John - "Duly noted". 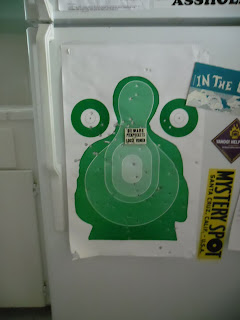 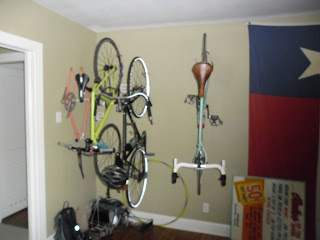 She built it herself. Got the custom leather seat ( like my Brook's saddle ), then hand made the leather grips, the leather toe clips, and the leather cross bar accent. 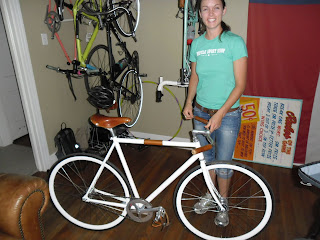 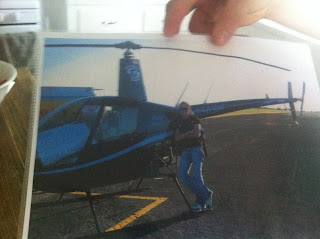 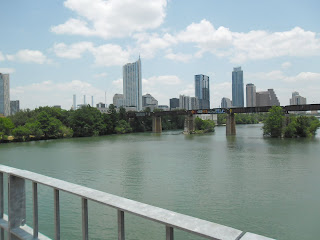 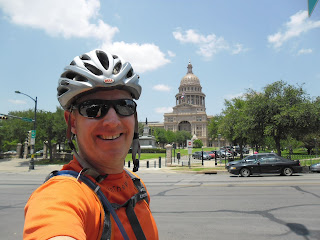 Me on the train headed to tonight's stay. 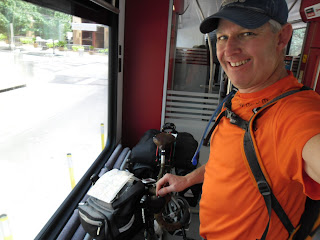 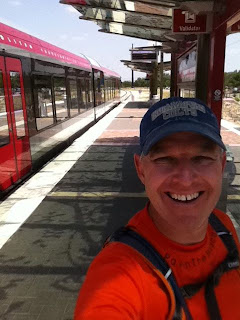 ATM on a bike, swear to god right after I'm done a guy walks up the machine out of no where. 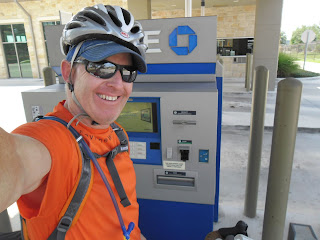 The McGowans of Cedar Park TX graciously housed and fed me tonight. 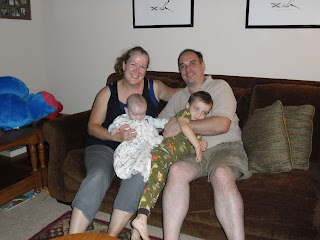 Right before the bike got a wash down. 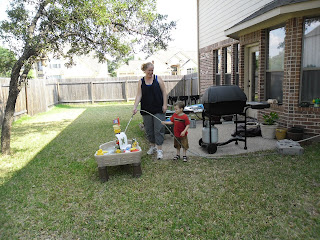 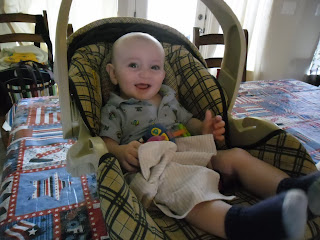