Back on the bike for 80 miles today. Wasn't sure how that was going to go since I took a day and a half off. Started out great the first 10 miles, left the hotel a little later than planned, but cruised east past Laughlin Air Force Base east of Del Rio. Not a lot of action at 7:00 AM there.

Then the last 70 miles were absolute the worst road imaginable. I was actually on a worse road back in California, but this was right there and certainly wasn't expected. Come on Texas, take a little more pride in at least trying to make a smoother ride. 1" rock on top of a skimpy layer of tar is not cutting it. As a matter of fact, I'm sorry Arizona D.O.T. you don't suck as bad a Texas. Basically reduced my speed 3-4 MPH so I spent an extra hour on the road today.

So it was 30 miles, then a town named Bracketville (wonder if the NCAA has tried to sue them). Asked if there was a store and got invited to a Hispanic picnic lunch. I politely declined since it wasn't starting for another hour or so. Grabbed 3 lunchables, water and Gatoraide for the next 50 miles of no water/services in site.

7-5. That was the count of cars coming at me vs those that passed me in a 3 hour stretch of 38 miles. Had the whole Texas universe to my self, which was good because I could ride in the right side wheel imprint that almost made the road bearable. A lot of ranches for sale out here, mostly in the 1600 acre range. Saw probably 40 gates with ranch names on it and some house out there somewhere. Also caught a couple herds of cattle.

Stopped 5 miles out for ice cream and a cold drink before settling in at the Woodbine Inn in Camp Wood TX. Seriously thought the Texas roads are really making me want to quit. I have another 80 tomorrow, then 60 and then hopefully in toward Austin where there's a little more money, the roads will improve.

Some how the story comes to me, still not quite sure. So I ask the Inn Keeper about dinner she says "3 blocks north, 3/4 mile east to Two Fat Boys". I'm thinking sh*t, I gotta get on my bike to go eat some good BBQ. Bob has been BBQing for 15-20 years, but just selling it a couple of years now. Great pulled pork and brisket tonight. I walk in and I'm the only one there, but the owner, Chugg, Red, Red's wife and (if you are reading this, I'm sorry I didn't get your name!!) a nice young lady who's ex-boy friend's from Indianapolis are sitting there setting up a little sound system in the back room.

Now Red is also how burned I got today ( first time I didn't get sunscreen on quick enough). But The Fiddlin' Red Show was a little entertainment this evening. Red's a killer guitar player, worked with Billy Gibbons ( ZZ Top ) a little, met his idol BB King ( who gave him a signed "Lucille" guitar ), played his custom made Les Paul gold and ivory inlayed guitar for me, but prefers his 50 year old ( looks like new ) gold Gibson ( I forgot the model!). Red's a one man show, he's got sounds system, laptop with 100,000+ songs, and his fiddles and guitars. Sounds like I missed a hell of a benefit concert last night in town him and other musician friends played for another local musician with some terminal illness.

Nonetheless, Red told stories, played his guitar and then had the "nice young lady" stand up and belt out a tune ( I actually thought she could be a contestant on the Voice ). What a nice little 4-5 song set private concert. Thanks to all in Camp Wood tonight. Make sure you get to the bottom to play the you tube clip! 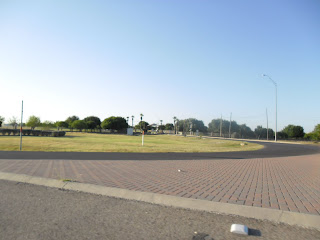 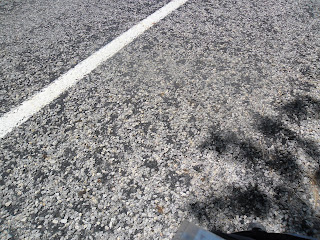 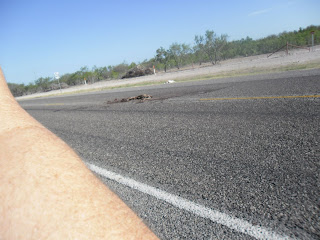 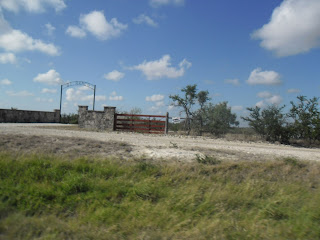 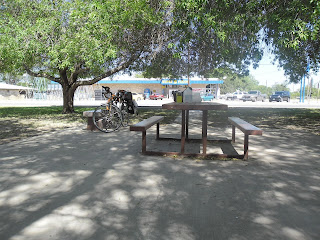 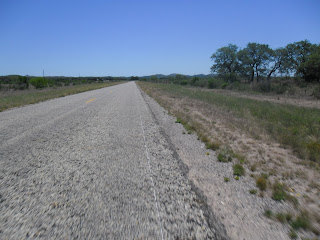 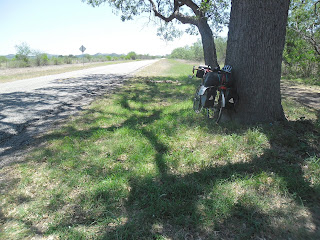 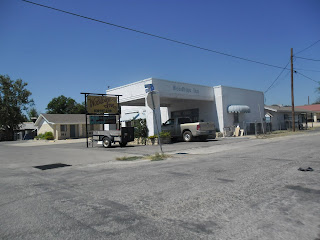 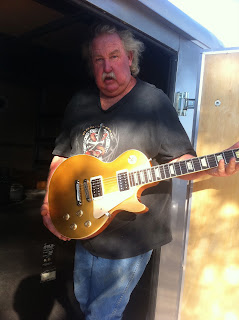 Bob's got GREAT BBQ in Camp Wood TX everybody. 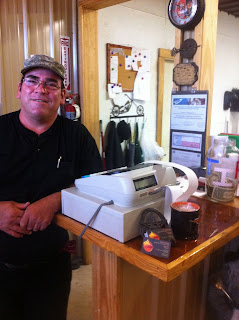 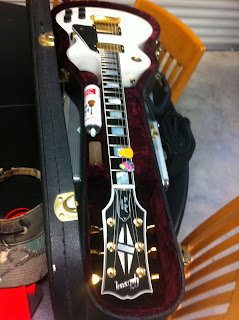