Pretty sure this is all going to start sounding redundant from here on out. Get up, get on bike, go 60-65 miles through pine tree forests, drink, eat, check in to hotel. It's pretty much the same thing now Florida to Hilton Head.

So pretty much that's what it was today. Got out around 7:00 after stopping for C-store donuts, water and gatorade. Pedaled out 20 miles to Caryville and stopped at The River Store for a lunchable, snickers, and water. Hoped on bike and pounded out 20 more to Chipley FL. Rolling into town there were 150-200 "show cars" along the street and saw a police car stopping traffic.

Yep, just in time for the Chipley Shriner's Parade which was basically lined up and not going anywhere. After grabbing some refills, started rolling along thinking we'd just roll along the side of the sitting parade, but they started moving at the same time. After a couple blocks of getting pelted by vicious candy throwers, nearly getting lacerated by beads ( why are they throwing beads to the kids), and basically getting shoved over by 5 year olds diving for candy and clearly not paying attention to the presence of 2 bicycles that clearly shouldn't have been there, it was off to the side streets. A quick google map check and found the zig zag way through a town that seems to have been unable to layout perpendicular streets.

On to Marianna another 18 miles out. Good clean roads, so broke out Creean's playlist to finish off that ride. Good tunes Creean, good beats perfect for pedaling. Aaron selected McDonalds for lunch on the west side of town, knowing that we had to get to the east side of town. Had to grind out another 6 miles after lunch to the hotel that was a couple miles off route.

Checked in, quick shower, quick swim, quick clothes wash, and that' the day. Tomorrow will probably be about the same. 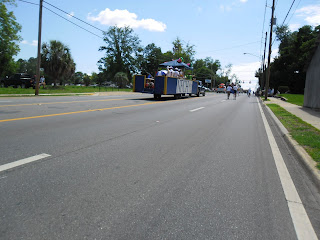 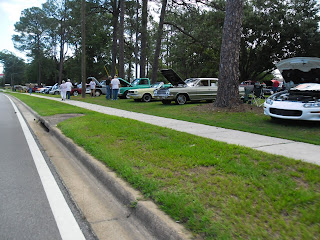 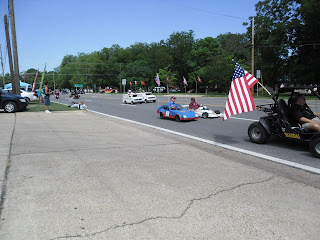 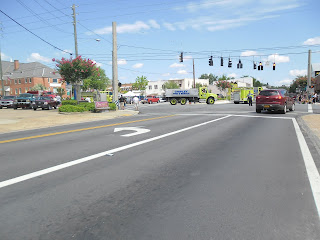 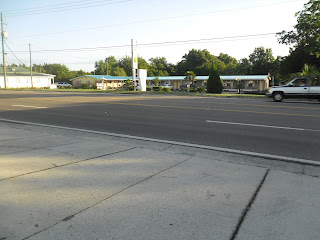 That's where we ate last night, riding back by this morning. 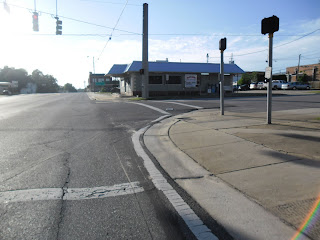 Yep pretty much has looked like this the past 2 days. More to come. 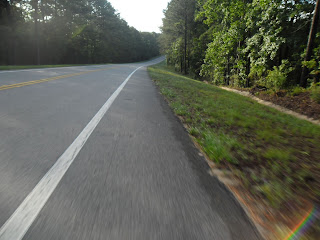 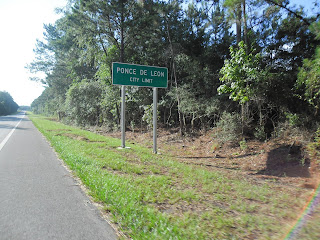 Did you know there's a Chatawhatchee River as well as a Chatawhochee? I didn't either, I had a double take on that one! 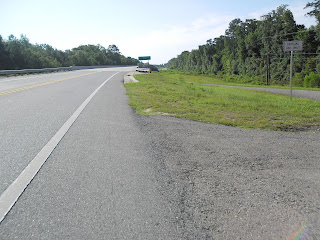 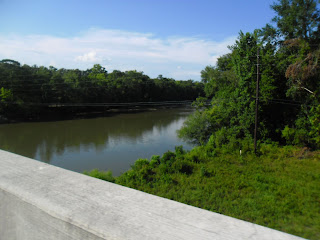 Alligator Creek, but I didn't see any. Still kicking myself for not stopping for a picture of the one on the side of the road in Louisiana. 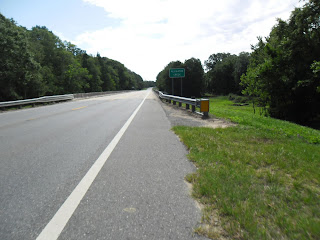 Seriously, its time to take the McCain/Palin sign down now. 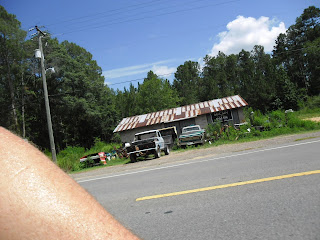 Non Pine trees, but they are out there. 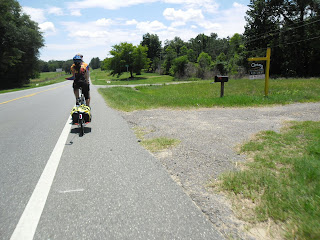 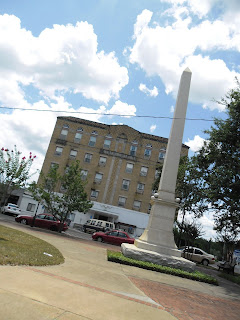 I thought I heard cats out my hotel room!! 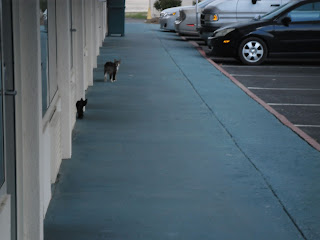 I guess they went some where for cover. Nice storm but I'm dry!! 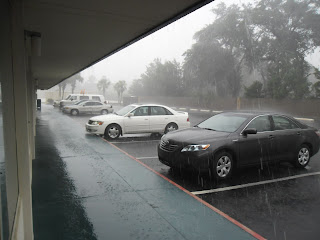