First, thanks Kelly for 9 great married years together! We've had so much fun together and I can't wait for all the new fun things we'll get to do in year 10. 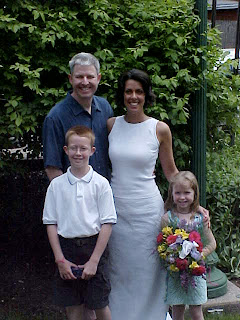 The reality is that these are long days just to get down the road. Started at 5:50 PST, rolled into hotel around 5:00. But, I had another rider roll up around mile 26. Ben and I didn't really ride along the rest of the day, just took turns passing each other. Ben...From Seattle, quit his job with the State run Salmon Fishery (sounded like getting salmon eggs and sperm together wasn't his thing anymore, seriously, he said it was a chore to get that to happen). So he started riding his mountain bike with trailer and 70 pounds of gear ( mine's 40 lb) down the West coast to San Diego and then started East to go live with his mom in Arlington VA.

So Ben rolled up and I said "can you watch my bike while I go and get some water, want anything?". Ben- "sure I'll take a Red Bull". I thought I saw him pop the top and drink it and we started riding but his pace was way not mine, so Adios it was. 5 minutes later Ben had stopped and as I'm rolling by Ben's mixing a Red Bull and Vodka into his water bottle. Nice as I rolled by and said "So that's how you do it?". Oh yeah, I walked out of the C-Store and he's smoking a cigarette! Guys already gone over 2500 miles and he ripped out another 85 with me today. 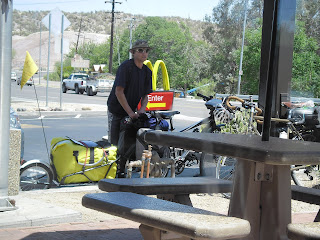 Nothing else really today. Just 2 long straight rides. The down hill was into the wind so even that was hard pedaling.

Time to clean the lens! 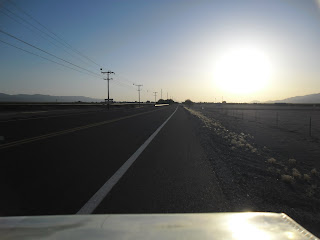 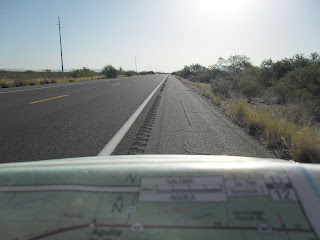 Oops had to edit this one. 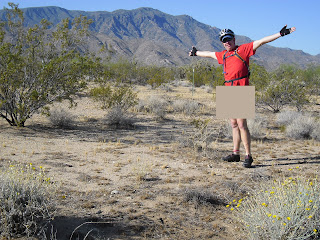 Saw a couple of these signs out here. 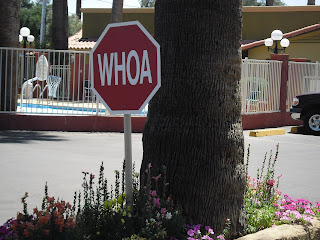 Reward for long 5 days. Sleeping in, having a good breakfast, getting caught up on some work and riding through to the other side of town tomorrow ( a short ride ) 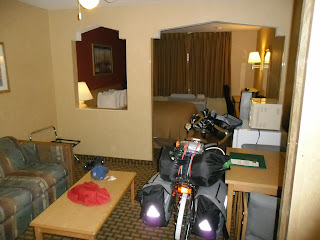